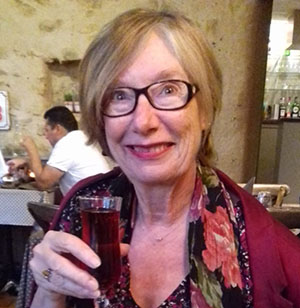 I Met Job at the Penitentiary

Let’s call him Joe. I saw him dressed in sackcloth, his head shaved, sitting on a pile of rubble and ashes.  His skin was afflicted with loathsome sores.  Metaphors, of course.  Joe is an intelligent man, gifted with a subtle understanding of people and events, and a delightful sense of humor,which hides his suffering—momentarily, at least—because  once he begins telling his life story, suffering is all we can hear.

His parents didn’t succeed in beating him to death, so they dropped him off at a convent door.  Having been dragged from one host family to another (eleven, all told), he calls himself a fed-ex parcel.

The young woman accusing him has retracted her statement and recognized her lies, but the inquiry is underway, and the justice system never retraces its steps.  Joe’s been waiting for some decision, any decision, for two years now at the men’s penitentiary, where he feels dispossessed of his life. He weeps when he tells me about about his parents, too thoroughly imbibed to have been conscious of their acts, then the ruin, due to flooding, of the little home he’d managed to build for himself (water up to the windows).  A ravaged childhood, a false accusation : that wasn’t enough ?  Did he have to lose his house as well ? He weeps when he tells me about his suicide attempts. Joe weeps because someone saved him.

There’s only one thing I can offer him : a listening ear, so that he can set down his burdens for a time, can feel respected, understood, less alone.  I haven’t got the right words. I don’t even know what sort of prayer to suggest.  I feel I’ve just got to be there, mute in the face of so many mishaps that appear to have struck a poor man and keep hounding him.  Even if he’s guilty of the act for which he’s been sent up, there, in our depths, where the divine Image resides, are we not all innocent ?  I think of the crooks, the con men, the truly libidinous offenders who are free to walk the streets, because they can afford the cleverest lawyers .

At home, my husband tells me I look downcast.